In the photos taken by the Enterprise News reporter, Jennifer Lawrence sat down on the ground, hugging her face. Everyone in the crew rushed to help the 30-year-old star. The source said Jennifer was hit by the glass in the face around the eye. 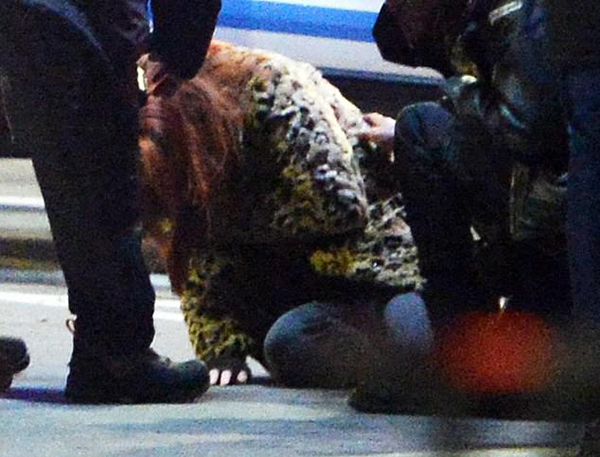 The accident happened during an explosion scene on set in Boston on Friday. The explosion was staged for a riot scene in the movie, but unfortunately the broken glass shot in Jennifer’s face. The whole studio was shaken because of this incident. According to Pagesix, Jennifer Lawrence was fine after the accident, but the crew had to stop filming.

Jennifer is the main actor in the movie Don’t Look Up, playing an astronomer trying to warn people about an asteroid is about to crash into the earth. The film also features many Hollywood stars such as Leonardo DiCaprio, Meryl Streep, Jonah Hill, Cate Blanchett, Chris Evans and Timothée Chalamet.

This is not the first time Jennifer has had trouble filming. In 2013, the Oscar-winning actress suffered a temporary hearing loss while filming the action fantasy film The Hunger Games: Catching Fire. She shared: “I’ve been deaf in one ear for a few months. I got ear infections from diving and swimming a lot. And then a jet in one intense shot left my eardrum punctured.”